Visit Mandurah - Battle of the Bands

The Peel Region's events calendar is packed with events and festivals all year round. The variety is impressive, from the annual Mandurah Crab Fest to the Giant Pumpkin Festival in Dwellingup, to the annual Rodeo in Boddington. Everyone will find something to thrill them.

Battle of the Bands 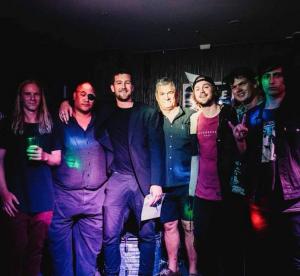 That’s right! It’s Happening!
The Brighton Hotel is proud to announce we are bringing back  Battle of the Bands! This is your chance to show Mandurah exactly what you’re made of! ??

Kicking off from Wednesday, 12th June with Danny Bau in our main bar, it will be your chance to perform & show us exactly what you got.

Not only will this be an amazing experience, it is will also be a chance for a very lucky person or group to win some cash! The competition will run from the 12th June every Wednesday fortnight. Don't forget to bring your family & mates down for some extra support! Each winner will then return during the Semi-Final show down where the finalists will progress to the grand finale on the 4th September.